Garofdalus has released a new studio album titled Lario. The compact disc and digital version are available from https://garofdalus.bandcamp.com. Digital versions only can be acquired through here.

Garofdalus has announced the release of a new music album titled Lario for December 12, 2020. There is going to be a YouTube premiere album presentation broadcasted the same day at 11:00 a. m. PST. The broadcast link will be posted soon. 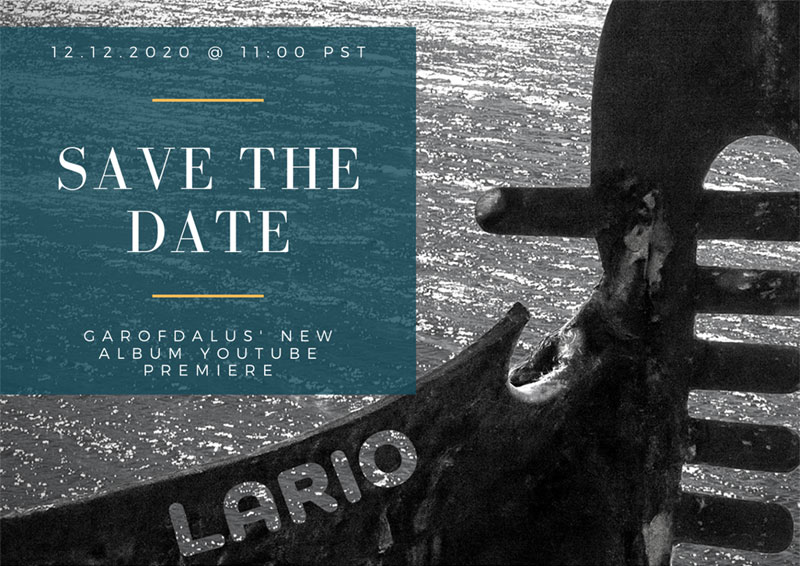 A dream of many years is getting closer: translating the novel “El Viejo Pobre y Sabio” (The Poor and Wise Old Man) to the English language. Garofdalus and some supporter have launched a GoFundMe campaign to finance this project. You can find more information here.

About a month ago, Garofdalus announced:

“I have finally released my video channel Beauty of Life. Some years ago, I had this vision of creating a video channel in which I could share beautiful things of life.”

The first video is called Aqua I, and it can be accessed from here.

On April 18, 2017, at the shores of the beautiful Lago Maggiore, in Arona, Italia, Garofdalus was interviewed by Paolo Della Bianca about his new book. Click here to read the full interview.

The printed version of “El Libro de Galaz” is already available to buy from Amazon US and Amazon Europe, and its product identifier is 154132515X.

Garofdalus will be promoting his new novel in Spain and Italy during the next couple of weeks.

El Libro de Galaz continues what Garofdalus started on En Busca de la Montaña Negra: author Jacques Lacoste has gained access to the Montaña Negra (Black Mountain) and has been able to translate a record written by the hand of Galaz, nephew of Larioset (main character on El Viejo Pobre y Sabio). The new and fascinating novel tells how Galaz and a few of his followers emigrated from the Himalayas to New Zealand during the 10th century BC.

A new video has been posted at Garofdalus’ YouTube channel. Check it out!

Garofdalus is currently working in the following artistic projects: